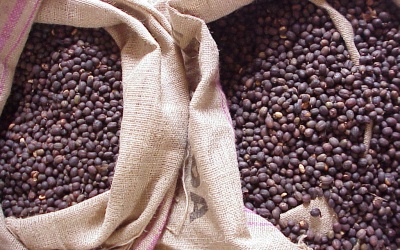 Fed tapering. With the US economy already weighed down by a potential slow-down in growth due to the federal shutdown, investors are increasingly expecting stimulus to remain in place for longer. Silver was the best performing commodity last week as its hybrid characteristics makes it well positioned to benefit from a pick-up in global manufacturing activity. While fears of a credit crisis in China weighed on cyclical commodities last week, we believe markets reaction was overdone and China will continue to grow at a sustainable pace. The FOMC meeting this week will be key to the direction of the US Dollar and in turn commodity prices, particularly precious metals.

Coffee ETPs continue to see inflows, bringing total inflows to over US$100mn this year, as price drops to the lowest level since March 2009. Abundant supply coming from Latin America, coupled with continued weakness of the Brazilian real against the dollar, is weighing on Arabica coffee prices. With prices this low, investor interest in coffee has risen, attracting over US$100mn of inflows into ETFS ETPs since the beginning of 2013. With the bulk of the harvest for Brazil now complete, investor attention should fall on harvest conditions in Colombia, Ethiopia and Honduras. Meanwhile, investors took profit on their long sugar ETP positions last week, as a warehouse fire in Brazil prompted a sharp rise in sugar prices.
Long silver ETPs record US$8.4mn of inflows, the largest in 3 weeks, as weaker-than-expected US job data spurs hope of a delay in tapering. All precious metals were up last week, led by silver, following less than projected US non-farm payrolls. The double nature of silver, part industrial metal part precious metal, is also lending support to the silver price. While physical demand for gold remains strong ahead of the Diwali festival and the on-going wedding season in India, long gold ETPs saw US$6.8mn of outflows last week. With the price up 1.9% week-on-week, profit-taking likely prompted some investors to exit their gold positions.
ETFS Physical Copper (PHCU) sees the biggest outflows since June, totalling US$3.9mn, on fears of tighter monetary policy in China. News that some Chinese banks were tripling write-offs on bad loans weighed on copper price last week, eclipsing the strong Q3 GDP numbers. However, we remain positive on the outlook for copper as a pick-up in the global economic recovery, coupled with uncertainty lingering on the supply side, is likely to continue to support prices. Recent data suggests demand from China remains strong and fears of a slowdown in Chinese growth appear overstated. According to the latest figures released by the International Copper Study Group (ICSG) the global copper market was in a supply deficit for the 2nd consecutive month in July.
ETFS Daily Leveraged Natural Gas (LNGA) saw US$10.6mn of inflows on cold winter expectations. Above normal snow cover in Siberia, a good indicator of late winter conditions in the US East coast, might drive US temperatures down, increasing demand for natural gas. The EIA expects US winter to be 3% colder than last year in the Northeast region and projects average US household expenditures on natural gas could increase by 13% compared with last winter.
Key events to watch this week. This week the focus will be on the US FOMC meeting following the recent shutdown and weaker-than-expected non-farm payrolls. Any indication of a delay in tapering will likely boost precious metals. US industrial production, retail sales, auto sales and ISM manufacturing will also be released this week and will shed light on the overall strength of the US recovery.