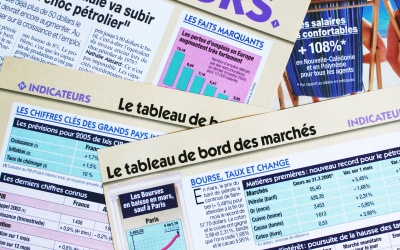 Overview
US nonfarm payrolls  jobs data surprised to the upside last week,  fuelling expectations that the Federal Reserve will move to ‘taper’  its bond buying program  in H2 2013. While jobs numbers have been better than expected recently, rising bond yields are likely to give the US central bank a reason to keep current  stimulus activities  in place. Market…

participants appear to be largely ignoring other mixed US data, like last week’s  disappointing reading for the US manufacturing ISM index. We expect investors will need to revise  currently  overly hawkish expectations regarding the Fed’s activities in coming months. Nevertheless, investor appetite for industrially-sensitive commodities like copper and platinum group metals (PGMs) has risen in line with tighter supply conditions and improving prospects for the global economy. In our view, the continuation of the status quo regarding Fed stimulus will also provide additional support for cyclical commodities.

Platinum ETPs receive  the largest inflows in over 8 months  as labour unrest continues to plague South African PGM production.
ETF Securities’  Platinum ETPs  received  another  US$67mn of inflows  last week, as the wage negotiation season in South Africa officially started last week. With over 70% of the world’s supply of platinum mined in South Africa, supply disruptions and political hurdles in the country can have a big impact on prices. Uncertainty has been the key catalyst for higher platinum prices in 2013, and recent developments suggest this isn’t likely to change anytime soon. While platinum ETPs have seen 3 consecutive weeks of inflows, palladium ETPs registered their first modest inflows in six weeks.

ETFS Copper (COPA) receives second-largest  inflows on record, totalling US$91mn. Strong inflows to COPA were the largest since early-September 2012,  as  copper market continues to  tightening. Additionally, ETFS Daily Short Copper experienced the largest withdrawal in 3 years, totalling US$30mn, confirming the positive investor sentiment. Expectations of a surplus in 2013 are quickly being revised after supply has been curbed by a number of  recent  mine collapses. Most recently the collapse of a tunnel at the world’s second largest copper mine, Grasberg in Indonesia, has potentially halted production for 2 months as investigations over the cause are completed. Against the backdrop of an earlier mine wall collapse at Rio Tinto’s Bingham Canyon mine in Utah and simmering wage tensions  in Chile, the copper market is likely to end 2013 in deficit unless new mine production can fill the breach. Meanwhile, ETFS Nickel (NICK) has seen the largest inflows in over 3 years  after reports of China’s State Reserve Bureau (SRB) buying around 30 thousand tonnes of nickel.

Physical gold ETPs see  the 10th consecutive weekly outflows as investors expect Fed to cut bond purchases. ETP investors continued to cut gold holdings last week, with gold ETPs seeing  outflows of US$108mn. The gold price dropped below US$1,400/oz. as the US Dollar strengthened against most G10 currencies following the robust US jobs numbers on Friday. Investors have clearly positioned for the beginning of a tapering of the US central banks’ stimulus activities, believing the US economy is reaching a self-sustaining point in the recovery.  ETFS Leveraged Natural Gas (LNGA) bucked the energy sector trend, posting US$5.2mn inflows. Despite a sharp decline in prices as US stockpiles rose last week, inflows into LNGA were the  first in 4 weeks. Oil ETPs meanwhile recorded US$10.9mn outflows as oil prices  rose, indicating range trading continues.