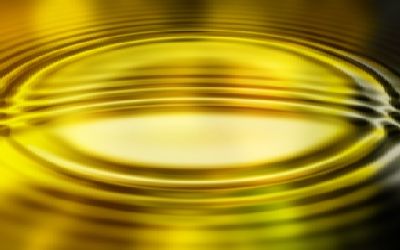 Weekly Gold ETP outflows reach the highest in over a year…..

– Optimism over a deal being brokered at the OPEC meeting prompted further inflows into oil ETPs totalling US$18m, bringing the total inflows in the last four weeks to US$236mn.

Gold ETPs outflows of US$173m were the highest since August 2015. Gold prices have come under increased pressure, dipping below the psychologically important $1200 per troy ounce mark, owing to fears of the effect of additional rate hikes by the Fed in 2017 in response to higher inflation in the US. We believe this scenario is unlikely, leaving investors susceptible to a highly volatile USD. Meanwhile rising equity markets and treasury yields following the euphoria surrounding Trump’s election victory are generating a higher risk appetite, further supressing gold’s price. Investors are largely discounting the political uncertainty facing 70% of Europe by GDP in the coming months when populists are rising rapidly in the polls. While we expect further weakness in gold prices in the run-up to the rate hike, we view these price points as a great buying opportunity given the ongoing risks of rising inflation and political uncertainty. Silver, known to be an industrialised precious metal, remained the outlier among the precious metals complex, garnering inflows worth US$15mn.

After reaching a 17-month high, palladium ETPs saw US$5mn in outflows likely owing to profit taking. Johnson Matthey’s forecast of a 651,000oz palladium deficit in 2017 (up from 356,000oz in 2016), helped drive palladium prices 1.5% higher last week, contrasting the price declines in the rest of the precious metals complex. Investors took profit on the best performing precious metal this year (up 32.7%).

Inflows into diversified ETPs rise to US$41mn, reversing the prior two weeks trend of outflows as investors invest in broad baskets to benefit from diversification.

Following the technical sell over the past two weeks, bargain hunters reemerge into Emerging Market (EM) Debt ETPs. Inflows amounted to US$25m. We maintain our view that EM countries have a stronger credit standing than what is commonly perceived, leaving room for further upside in prices.

Optimism over the OPEC meeting prompted further inflows into oil ETPs totalling US$18m, bringing the total inflow in the last four weeks to US$236mn. Oil is likely to remain volatile this week as the oil producing cartel decides on how to implement a production cut they agreed to in principle in September. With Saudi Arabia indicating a production freeze is good enough, the market could well be disappointed this week.

What to watch this week. OPEC hosts its 171st meeting in Vienna on Wednesday with ‘technical’ meetings today and tomorrow to thrash out details on how to cut production. Indications of cohesion could lead to oil prices rallying, while disappointment could follow if the stalemate persists. Friday’s release of payroll data should provide further insight into the health of the US labor market.