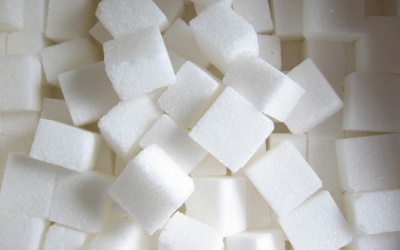 The sugarcane harvest in the South-Central region of Brazil (which produces 90% of Brazil’s sugar) has risen 12% above last year’s harvest since the start of the season1. We are likely to see a record harvest this year. Brazil accounts for 22% of global output…..

– The sugar production season has not quite ended in Brazil, with only six mills reporting that they have finished crushing (compared to 24 this time last year and 97 the year before)2 . The extended season will see higher output of sugar.
– India, which started its harvest season in October, is likely to see its sugarcane harvest rise 7.6% above last year’s3  levels. India accounts for 15% of global production.
– However, there is a growing risk that Indian raw sugar production will fall short of last year’s production levels because a number of Indian mills are protesting against high State-mandated cane prices by stopping production. We believe that State Governments will eventually succumb to their requests to lower the price of cane (after all, what famers lose in price, they gain in volume).
– Since we put the short trade recommendation on the price has fallen 5% and net speculative longs still remain stretched. Our target remains US$0.165/lb.

US equities remain under pressure as the negotiations over raising the US debt ceiling continue. The S&P 500 fell for the second consecutive week as Republicans and Democrats continued to fight over the budget and debt ceiling. European equities have also been sensitive to the political turmoil in the US. The Euro Stoxx 50® Investable Volatility Index, which provides exposure to the forward implied volatility of the Euro Stoxx 50® Index, surged 5% last week, followed by the FTSE® MIB Super Short Strategy Index and the ShortDAX® x2 Index, up 3.5% and 1.4% respectively. Global equities are likely to remain volatile and under pressure as we get closer to the estimated 17 October hard deadline for lifting the debt ceilding.

Safe haven currencies benefit as US fiscal negotiations drag on. The Japanese Yen (JPY) was the best performing G10 currency last week as investors sold risky assets and paid back JPY loans on growing concern about the lack of progress on US fiscal and debt negotiations.  For similar reasons the Swiss Franc (CHF) and even the Euro (EUR) also rallied against the US dollar last week. The British Pound (GBP) held up, continuing the trend of the past three months. However, towards the end of the week the currency showed some weakness, indicating the rally may be peaking. In our view, the GBP is one of the more overvalued G10 currencies and – despite recent rhetoric – has one of the more dovish central banks. We therefore believe the currency is particularly vulnerable to a sharp drop once growth data stop surprising to the upside.