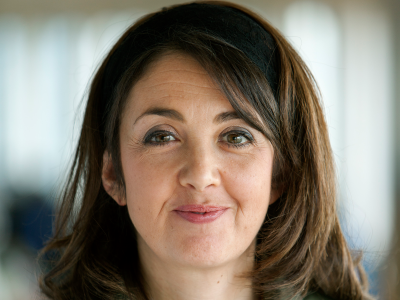 Net New Assets (NNA) during the month amounted to EUR4.4bn, the lowest since December 2016. Total Assets under Management are up 11% vs. the end of 2016, reaching EUR572bn, including a positive market impact of 4%. European and Global equities benefited from attractive valuations compared to the US.

Equity ETF inflows pulled back at EUR2.7bn. This may be explained by the EUR1.6bn of outflows from US equities, in a context of expensive valuations and political uncertainty in the US. The easing of political risk in Europe benefited European equity ETFs which gathered EUR2.4bn of NNA. Significant inflows into global ETFs at EUR1.1.bn continued to reflect increased optimism in a supportive economic environment. Asia Pacific equity ETFs recovered with inflows of EUR190M after the release of strong data supporting a positive view for the region. On the emerging markets side, inflows slowed down to EUR768M as China’s outlook raised questions and oil prices were volatile. Those flows were almost exclusively focused on broad emerging markets equity ETFs. Smart Beta ETFs experienced once again a trend reversal with inflows of EUR212M. Inflows into Income generating ETFs were significant at EUR446M in a decreasing yield environment, whereas flows in Value ETFs remained negative at –EUR164M.

Fixed income ETFs also recorded lower inflows at EUR1.3bn. Interestingly, they were largely focused on Emerging debt ETFs, with inflows of EUR950M as the search for yield continued. European Govies ETF flows turned positive in a less risky political context, with EUR212M of NNA. High yield ETFs also turned positive with EUR186M of NNA. After an 11-month record high in March, Investment grade corporate bond ETFs experienced a substantial trend reversal with EUR169M of outflows. Flows into inflation-linked ETFs were back in negative territory with EUR215M of outflows as monetary policy normalisation looms in the US.

Commodities ETF flows were fairly significant at EUR372M and were mainly focused on broad commodity ETFs.

Euronext announces volumes for may 2017